Trevor, 61 lives in Rutland with his wife Rachel.  He is semi-retired but continues in the role of Chairman of the Board at the family transport business, C S ELLIS (Holdings) LTD, which was set up by his Grandfather, Cecil Stanley Ellis.  He is still involved in the Family Company and is an active member of the UK Transport Association of which he is a past Chairman. He has recently retired as Chairman of Palletline, a role he held for 11 years and he continues to be on the Board of Directors.

Trevor became aware that something was ‘not right’ when his wife complained about his snoring and the choking sounds he was making during what he now knows to be apnoeas, or stopping breathing episodes. After she threatened to make him move into another bedroom, Trevor set up an appointment to see a doctor.  However nothing was picked up during the medical check-up.

He was gaining a reputation for falling asleep in meetings and had a couple of frightening instances of nearly dropping off at the wheel. 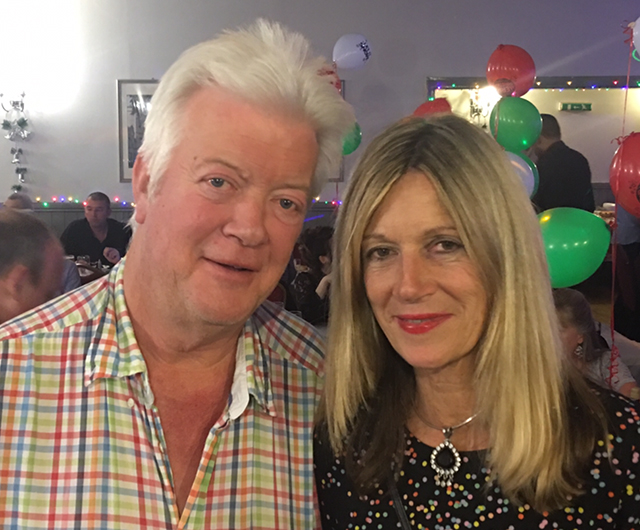 Trevor feels he was still in denial about what could be causing the problem but the turning point was a conversation with his Father.  As a sleep apnoea patient himself, Trevor’s Father pointed out that he was always falling asleep when he came to visit and that he thought Trevor also had the condition. Trevor promised to get himself checked and made an appointment to visit Dr Hall’s sleep clinic in Leicester where he was diagnosed severe sleep apnoea. Trevor is full of praise for the clinic which treated him quickly and efficiently.

After this things moved very quickly.  He was given a CPAP machine to take home and within 24 hours his life had changed!  After the first night, he felt normal again and actually started to look forward to going to bed because he knew he would get a good night’s sleep.

Sadly a few months later, Trevor’s father died and Trevor is convinced that he was holding on to make sure that his son was diagnosed and treated.

Trevor says, “I can’t stress enough the elation of feeling refreshed after a night’s sleep. I feel relaxed in the day, don’t fall asleep in the afternoon and have the energy to enjoy life – whether holidays, sport or spending time with the family.  My wife is overjoyed with the difference and I have a real zest for life once again.

“Yes I wear a mask to bed and my young Grandchildren jokingly call me Darth Vader, but my wife is extremely happy as she would rather that we both get a good night’s sleep with the mask, than both be tired and irritable without it!”

Trevor has also taken the opportunity to improve his overall health by losing weight – he has gone from 21 stone to 16 and enjoys walking again.  Trevor is a Type 2 diabetic and before his sleep apnoea diagnosis he had been struggling. Now he has been able to reduce his insulin injections from five to one a day and other diabetes related symptoms have improved.

Unfortunately Trevor’s diabetes means that he can’t hold an HGV licence but now he is being treated for his sleep apnoea, he is able to enjoy driving his car.

Trevor feels that there are three areas that stop drivers coming forward when they think they may have sleep apnoea.

He says, “There is a massive demand for drivers – a lot are coming out of retirement but there is still a real problem and not enough drivers available.  For this reason alone, the transport industry should be getting behind drivers to encourage them to get treatment to ensure that they are not only safe to drive, but fit and healthy.

“My treatment and subsequent decision to change my life-style, have given me a new lease of life which I hope means that I shall stay around for longer to enjoy my grandchildren and life in general.  The Transport Industry in all its forms and those that work in it must take the condition extremely seriously. Little is known about the condition in the industry and whilst we work in an industry overburdened with rules and red tape, sleep apnoea is a killer.  If this article rings any bells with you please get checked out ASAP, I promise your life will change for the better”

“We are very aware that for vocational drivers, quick access to treatment can make the difference between an individual either deciding to seek help, or deciding on the alternative of continuing to drive because they are fearful they will lose their licence, and thus their livelihood”.

How to Get Involved

We welcome support, particularly from healthcare professionals, politicians and Government officials and the logistics industry.

Visit our Twitter page to find out all of the latest goings on in the OSA world. Make sure to follow us to keep bang up to date..

Along with our new Twitter feed, you can also visit our Facebook page for more OSA news, links and useful information.

To find out more about the OSA Partnership Group, contact: